Team Mining is the scene of providing hashrate for altar and chaos in epoch ecology. In the Team Mining scene, you can choose to be “mine owner" or "miner".

If you want to be “mine owner", this means:

You need to post tasks with rewards, other miners can participate in the task that you posted, and miners will provide hashrate to help you mine.

If they complete the mining task that you posted, you need to give them the task reward.

If you want to be "miner", this means:

You need to choose a task and join mining team.

The goal of the team: complete the task “difficulty" that set by the mine owner, and if one or more miners in the team that complete the "difficulty", the team goal is completed.

When the team goal is completed, all miners in the team can share rewards that according to the percentage of valid NE submitted. (When the NE is greater than 3M, it is valid NE)

How to become mine owner:

✅ Name: the name of this task (the name can not be repeated)

✅ Scene: You can provide hashrate for Altar scene or Chaos scene, each task can only choose one scene.

✅ Reward per period: You need to set up rewards, which is the reward given to miners in per period.

When one of miners completes”difficulty" that you set, the reward will be distributed to the miner who submitted valid NE. (When the NE is greater than 3M, it is valid NE)

✅ Number of Periods: You need to set the number of periods for the task.

You can modify the number of periods while the task is running.

For example: if the task has been running for 1 period and you want to change the number of periods to 5 periods, this is allowed.

✅ Difficulty: You need to set the task "difficulty" and once the miners completes the "difficulty", the reward that you set for the task will be sent to them.

Mine owner must read:

The more people that you invite to the task, the easier reach the “Difficulty" that you set.

When the "difficulty" that you set by the miner is completed, the mine owner can submit NE. after the NE is submitted, the miner can continue to provide hashrate and calculate new NE.

when the "difficulty" is completed again, the mine owner can submit the NE again. The submitted NE are added up.

When hashrate recalculates NE and miners reach "difficulty" again, the mine owner can submit NE again, which will again be zeroed out and converted to EN.

And so on, the miner can submit NE several times in a period, and each submitted NE will be converted to EN. (The miner owner needs to implement the NE submission in the Altar/Chaos scenes)

When the period is settled: Reward for per miner = Reward per period x (NE1+NE2+... +NEn/Total NE of the team)

👉 As an example: In chaos scenes, if the miner owner's target NE is 20G, the mine owner can set the task "difficulty" to 2G. (If the "difficulty" too high, the miners will feel unable to complete the task and will abandon it).

When miners complete the task "difficulty", the miner can submit NE, which will be zeroed and converted to EN.

When miners continue to provide hashrate and complete the "difficulty" again, the miner can submit NE again, which will be zeroed and converted to EN.

And so on, the mine owner can get the targete NE by submitting NE several times.

How to become "miner":

2. Click hashrate to provide NE, when the NE exceeds 3M, it is valid NE, and the valid NE will be submitted automatically.

If you keep providing hashrate and calculate a larger NE, the larger NE will be submitted automatically also.

1️⃣ As long as one of the team members calculates the task "difficulty", the task is completed for the current period.

All miners who submit valid NE will receive share of the reward that set by the mine owner. The rewards will be distributed which according to the percentage of NE submitted by miners and the total NE submitted.

2️⃣. In the team, if no one calculates the NE that set by the mine owner, the reward will not be paid.

3️⃣ If the submitted NE are not valid NE (when the NE is greater than 3M, it is valid NE), then they cannot participate in the reward share.

4️⃣ Since hashrate depends on CPU, and NE is calculated by hashrate.

So as miner, it is not better to participate in as many tasks as possible.

6️⃣ Miners participating in the task neither need LIGHT as gas nor actively submit NE. the system will automatically submit NE. 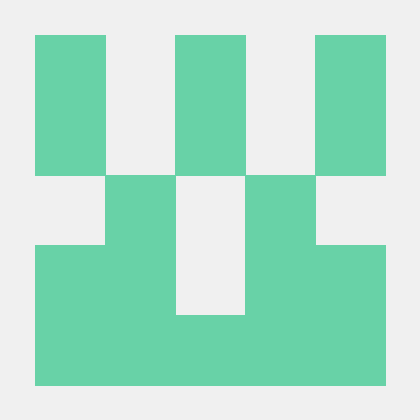